We are open and taking all necessary precautions for COVID-19

Would you like to switch to the accessible version of this site?

Don't need the accessible version of this site? 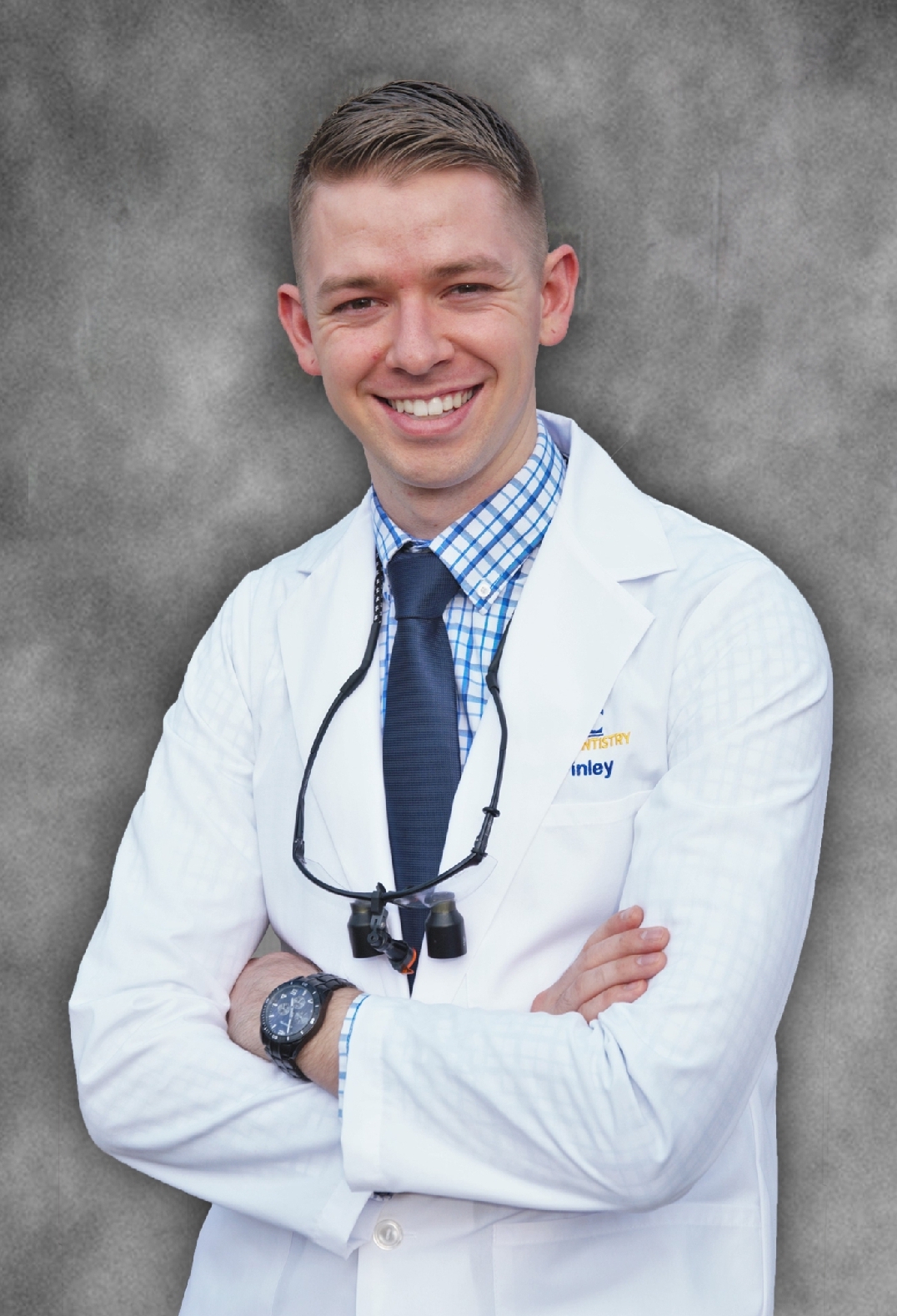 Dr. Trent Finley was born in Texas but spent most of his childhood in central New Mexico. At the age of
19, Dr. Finley went on to serve a two-year church mission in the northern states of Honduras where he
served the people and taught them about his faith--becoming fluent in the Spanish along the way. It was
during his service there that Dr. Finley was introduced to a medical brigade that caused him to pursue a
career in dentistry.

After returning to the United States in 2011, Dr. Finley attended Brigham Young University- Idaho where
he would meet his spouse, Ashley, and earn his Associate’s degree. In 2016, Dr. Finley received his
Bachelor’s degree and graduated with honors from Columbia College. He later went on to graduate with
his Doctor of Dental Surgery degree from University of Missouri- Kansas City School of Dentistry. In the
interest of learning more advanced procedures, Dr. Finley completed a one-year residency at Truman
Medical Center-Lakewood where he acquired specialized skills in intravenous sedation, dental implants,
complex exodontia, cosmetic and therapeutic botox injections, and full-mouth rehabilitations. During his
residency, Dr. Finley also went on to complete a two-year certificate program from the University of
Central Missouri in Spanish for Healthcare Professionals.

Dr. Finley is an active member of the American Dental Association, the Missouri Dental Association, the
Academy of General Dentistry, the Academy of LDS Dentists, and the American Academy of Cosmetic
Dentistry. Dr. Finley has completed hundreds of continuing education hours to stay current with the
latest trends and modern advances in dentistry and is currently working on earning his Fellowship in the
Academy of General Dentistry: a prestigious distinction among general dentists.
Dr. Finley has three wonderful children, Rory, Tanner, and Aiden. In his spare time, he enjoys working on
his professional photography and videography projects, going on bike rides with his family, and doing
intense workouts at the gym.

Send Us an Email

Find Out When We Are Open